Imminent changes to the legal landscape in China likely will further complicate investigations and litigation involving information stored in China.

Can I fire a non-compliant employee in China?

During our investigations in China, once we substantiate an allegation, we are regularly asked, “So can we terminate or discipline the employee?” A year ago, we wrote here about the enactment and possible implications of a new law in China preventing China-based individuals and entities, including the Numerous stories have appeared in the English-language press about China’s social credit system (SCS). Most of these stories focus on SCS’s system of “scoring” individuals in China. But SCS also applies to companies operating in China and, as it develops, may impact how companies approach anti-corruption compliance. China recently enacted a law that could prevent China-based individuals and entities, including the China-based subsidiaries of non-Chinese companies, from providing certain assistance in criminal proceedings outside of China. 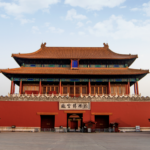 Eric Carlson: The risky world of real and fake chops, seals and stamps

The prior post provided an overview of chops in China. This post focuses more specifically on how chops can be misused and how that risk can be mitigated.