Elizabeth K. Spahn is is a contributing editor of the FCPA Blog.

She served as professor of law at New England Law | Boston from 1978 until 2014 where she taught anti-corruption law, constitutional law, first amendment law and employment law. She is currently Professor of Law Emerita.

She spent eighteen months as a Fulbright professor, lecturing on American constitutional law and employment law at Peking University Law School and the Beijing Foreign Studies University in China during 1999–2000. In 2005, she received a Fulbright senior specialist grant to lecture in Chongqing, China. Civil asset recovery actions against kleptocrats stashing their loot in luxury real estate abroad has become a hot new topic in the global anti-corruption movements with the publication of Public Wrongs, Private Actions. This handy guide empowers developing nations with realistic tools to hunt down the stolen assets secreted abroad. Civil lawsuits, unlike criminal cases, do not normally require dual criminality and are therefore often the best and only possible remedy. 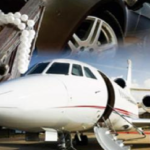 Taking back from the kleptocrats: Asset recovery burdens of proof

Image courtesy of the Stolen Asset Recovery InitiativeCivil, as opposed to criminal, asset forfeiture cases are the subject of heated debates in domestic U.S. law. Many civil libertarians and thoughtful observers of the U.S. legal system raise serious due process concerns when assets are taken without a prior criminal conviction. Civil cases are governed by lower procedural protections than criminal convictions that require proof beyond a reasonable doubt. With most enforcement pressure bearing down on corporate supply side bribe payers, it is no surprise that the business community feels beleaguered. The fundamental unfairness is of course the impunity with which bribe takers operate, a frequent topic on the FCPA Blog. French lessons: How about some strategic enforcement competition?

Even the most ardent Francophile, as I most assuredly am, must be dismayed by France’s abysmal record of bribery prosecutions. Recent OECD Anti-Bribery Convention Working Group reports reveal France’s inexorable zero. While France has contributed significantly to the global anti-corruption regime through its part in seizing Obiang family assets as well as referring evidence in the KBR cases to the U.S., nevertheless when it comes to prosecuting its own French based multinationals, France is failing. It’s not who you know that is supposed to matter in a capitalist market. It’s what you know, and what you can do. We can reclaim the idea of capitalism: transparent, functioning, competitive markets where elites must earn money the old fashioned way. My grandfather was one of those who invented American capitalism. The assembly line; “efficiency experts”, Henry Ford, Joe Kennedy, the Johnson family. They all came to him . . . . Is Bribery Acceptable To People Abroad?

What do people abroad really think about bribery? Do the people of Mexico, for example, agree with claims that bribery is ok there because it’s the local custom?