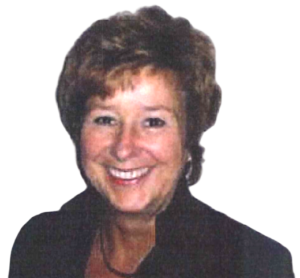 The DOJ extradited a 65-year-old Dutch woman who was indicted in 2010 for being part of a conspiracy to fix prices in the global air cargo industry.

Italian police arrested her in July 2019 while she was visiting Sicily, the DOJ said. Interpol issued a red notice for Ullings in 2011 based on a U.S. arrest warrant.

She initially contested extradition in the Italian courts but dropped her fight after an appeals court in Palermo ruled against her.

At Martinair Cargo, which became part of Air France-KLM in 2008, Ullings was based in Amsterdam.

She was responsible for setting prices and fuel surcharges for cargo handled for U.S. and other customers. The DOJ said she coordinated the prices and surcharges with other cargo carriers through a conspiracy that started in 2001 and continued for at least five years.

The U.S. price-fixing prosecution caused years of turmoil in the global cargo industry. The DOJ said Monday it has charged 22 airlines and 21 executives in the case. Seven executives have been sentenced to prison and defendants have paid $1.8 billion in criminal fines.

A London-based publication called The Loadstar that covers supply-chain news described Ullings Tuesday as a “well-respected air cargo executive” whose arrest last year by Italian authorities had “deeply saddened many in the air cargo industry.”

The DOJ’s Makan Delrahim said Ullings’ extradition “demonstrates that those who violate U.S. antitrust laws and seek to evade justice will find no place to hide.”

In March 2017 the European Commission re-imposed about $860 million in fines against 11 cargo airlines for violating anti-cartel rules. The carriers have also faced enforcement actions and fines in Australia, Canada, and Korea.

The DOJ charged Meta Ullings with violating the Sherman Act. She faces up to 10 years in prison and could be fined $1 million or more.

The photo above of Ullings was included in the DOJ’s affidavit filed in July 2019 to support her extradition.