American head of the SFO pulls the plug on hopeless cases 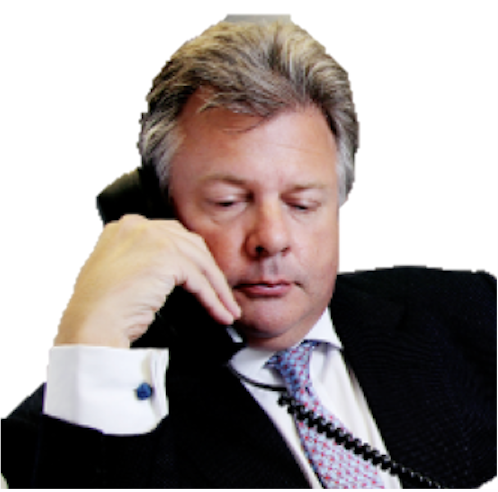 The UK’s Serious Fraud Office (SFO) enjoys a mixed reputation as far as other law enforcement agencies are concerned, in particular the police.

American national and former deputy general counsel at the FBI, Lisa Osofsky, the head of the SFO, has effectively admitted defeat over several of its investigations, which were started before her tenure at the SFO. Nobody wants to be accused of flogging a dead horse, but sometimes we simply need to admit a loss and move on. There is no point using precious resources to pursue no-hope investigations.

On the one hand Ms. Osofsky should be commended for adopting a fresh and pragmatic approach. On the other hand, the SFO has once again opened itself up to ridicule, and to severe criticism by those suspects who have been living under the shadow of a prosecution that never materialized.

Ms. Osofsky’s observation, reported recently in the Financial Times, that “we had some cases I could tell weren’t going to go anywhere,” says much about the organization that has been under her stewardship since August 2018. One shouldn’t be too critical of her, as she has quite rightly given her team time to consolidate their investigations with a view to securing her approval to continue with them. That said, the SFO investigation teams, made up in part and overseen by lawyers, haven’t exactly covered themselves in glory.

Indeed, one judge was particularly scathing of the SFO in response to its collapsed case against two former Tesco super-market chain executives. It is one thing to lose a case (we have all been there), but it is another to have our efforts and professionalism called into question by a Judge.

Ms. Osofsky demanded her team to give her sight of the “best evidence” available on the raft of cases being managed by the SFO. Clearly, the available evidence was simply not good enough, and she made the decision to discontinue several substantial and long-running investigations that were meandering without any reasonable prospect of securing a conviction.

Unsurprisingly, Ms. Osofsky has endeavored to soften the decision to curtail these investigations by praising her team as being “top-notch investigators.” It is at this juncture that I part ways with Ms. Osofsky.  One of the attributes of a good investigator is the ability to recognize when an investigation is going nowhere and having the courage to admit defeat and pull the plug. I cast particular blame in this instance  at the senior managers of investigations at the SFO who should be held to account for wasting time and money on “hidings to nowhere.”

The SFO is funded by the taxpayer. In 2018-19 the SFO’s annual budget stood at £53.6 million ($68 million), to run a pipeline of about 60 large fraud cases at any one point in time. Therefore, poor investigative decisions cost the UK public purse. It goes without saying that if Ms. Osofsky has identified unproductive investigations and case managers during her cull, then there have to be poor quality team members involved in the investigative process. Let me be clear, this is not intended as criticism of the ordinary team members. It is directed at those at the head of the respective investigations who failed in their remit to manage. A lowly investigator cannot pull the plug on a pointless enquiry. Such a decision can only be made by those who head-up the team.

The investigation of complex fraud to meet the criminal burden of proof is difficult. By its nature, it is ordinarily time consuming and involves lengthy investigative processes. It is not unusual for the length of these investigations to run into years. Herein lies another problem. Where fraud is concerned, there are very few “quick hits” to be had, especially when you have to build a case capable of passing the scrutiny of a criminal trial. So, although Ms. Osofsky’s ambition that, “cases come into court within the kind of time to have the witnesses and defendants still living, and the evidence still alive,” is admirable, it is also fraught with potential problems.

Reigning in her investigative team managers in order to speed up the overall process is commendable. But this could see the SFO being distracted from its remit, which is to investigate complex fraud with all the risks and evidential problems associated with it. Invariably, the SFO only investigates frauds that are not only complex, but that are also highly sensitive, with a degree of political intrigue thrown in for good measure. A risk of failure to prove a case theory in a criminal inquiry should not be the exclusive driver on the decision of whether to investigate. However, in a world of scarce resources, I concede that it is a factor to be weighed in conjunction with other imperatives of justice.

Ms. Osofsky is herself under the microscope. Improving the SFO is going to be a difficult task. Although she may be able to secure a few “quick hits” that will raise her profile and show the powers-that-be that she up to the task, she must do so with an eye to what the SFO is all about. That is, an elite multi-disciplinary investigative and prosecutorial body, whose remit to take on the 60 or so most complicated fraud cases in the UK must not be diluted.

Ms. Osofsky needs to instill into her senior managers the importance of walking away from an investigation when the situation demands.  These managers need to feel confident that when they make such a decision, it is made in the knowledge that it will be supported.

I am all for the streamlining of the SFO case load, but not at the expense of complex matters that need to be prosecuted in order that the SFO continues to act as the ultimate deterrent against serious fraud in the UK.