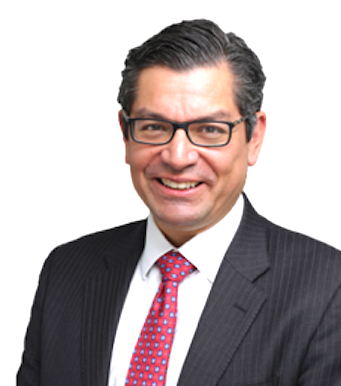 The last few years have seen a decided trend toward nationalist and populist legislation and policies. Cross-border insolvency jurisprudence has not escaped this trend. Recent cases rejecting extraterritorial application of bankruptcy laws and limiting the remedies available to foreign liquidators seem to reflect an extension of this trend to insolvency jurisprudence, though this debate is not a new one.

While it is true that multinational transactions are more common in the 21st Century, a function of economic globalization and unprecedented cross-border commerce, jurists and legislators have long struggled with how to resolve legal conflicts and divergent jurisprudence in an area of law fundamentally premised on the application of a uniform legal standard. But the inherent purpose of bankruptcy law, which is to facilitate a mechanism for pari passu treatment of creditors, makes it the perfect vehicle for the evolution of a universalist standard of law.

For many years, the rights of trustees and liquidators ended at the border — an unsatisfactory solution that could have wildly unfair results, as illustrated, in the century-old case of Galbraith v. Grimshaw. Galbraith involved a Scottish bankruptcy trustee who sought to rely in England on provisions of Scottish insolvency law that retrospectively avoided attachments over property belonging to the estate. The House of Lords held that the relevant provisions of Scottish insolvency law had no effect in England, while at the same time holding that the relevant provisions of English law (which had the same effect as Scottish law) were applicable only to English proceedings. This territorialist approach has obvious shortcomings in the liquidation of a multi-national company (which, as Galbraith illustrates, was nothing new even in 1910).

This seems all the more unpalatable in a world where creditors and debtors routinely enter into commercial transactions in which cross-border transactions are not only foreseeable, but form the raison d’etre of the commercial relationship. In such a context, is it really fair to treat creditors who could be subject to avoidance and recovery actions differently based on the happenstance of their locus in a different jurisdiction? Adherents of universalism, which rejects the territorialist approach, believe that the answer to this question is “no.”

Lord Hoffman, in the English case of Cambridge Gas v. Official Committee of Unsecured Creditors of Navigator Holdings plc, eloquently described the principle of universalism in its pure form as follows:

But the application of this principle is not as simple as it seems. Public policy concerns over treatment of domestic creditors and fundamental differences between legal systems render virtually impossible a “pure” implementation of universalism. As articulated by Prof. Jay Westbook:

Universality in its ultimate realization would provide a single forum applying a single legal regime to all aspects of a debtor’s affairs on a worldwide basis… it is hard to imagine the realization of that ideal short of establishment of a supranational institution with that responsibility, so even the most optimistic proponent of universality cannot expect its complete fulfillment in the foreseeable future.

Consistent with Prof. Westbrook’s view, universalism has enjoyed a “modified” or “limited” implementation in many jurisdictions. The net result has been an unending legislative effort to navigate the perils of territorialism, while nevertheless preserving the authority of local courts to ensure that the application of foreign insolvency provisions accords with domestic legal regimes and does not unfairly treat local creditors.  Recent cases have challenged judges and practitioners alike to test the limits of universalist principles, particularly where juxtaposed against the legitimate expectations of business peoples that their domestic norms will apply to their business dealings.

While legal scholars continue to debate this trend, I take the perspective of an adherent to universalist principles, arguing that bankruptcy law folds well into the evolution of a universalist standard of law.

Gonzalo Zeballos, pictured above, is a partner with Baker & Hostetler LLP based in New York. He focuses on international litigation and cross-border asset recovery. He can be contacted here.