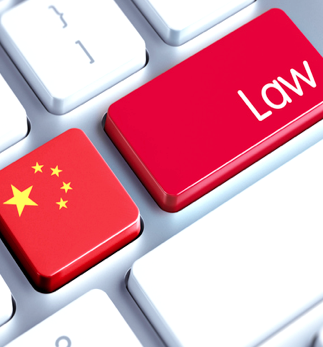 If enacted, the amendments (Draft Amendments) would define a broader scope of conduct as commercial bribery, specify more clearly when companies are liable for the acts of their employees, and increase penalties for violations.

The Draft Amendments would not, however, change the underlying mechanisms for enforcement by the Administration of Industry and Commerce (AIC), the lead agency enforcing commercial bribery. The Draft Amendments are the third time in 18 months that the government has solicited comments on potential amendments to the AUCL (see earlier posts here and here), which has not been amended since its original enactment in 1993.

Key changes and implications of the Draft Amendments include:

1. Expanded scope of bribery-related violations. The current AUCL does not define or target “commercial bribery;” rather, it covers activities by businesses that could result in unfair competition. The earlier rounds of draft amendments to the AUCL took quite varied approaches to trying to modify the scope of prohibited conduct. Building on earlier comments, the most recent round of Draft Amendments would define the prohibited conduct as using “money or property or other means” to bribe the following entities and individuals to “seek opportunities for transactions or [gain] competitive advantage:”

2. Clarified basis for vicarious liability. The current AUCL does not expressly provide for vicarious liability, although interpretative regulations have effectively made employers strictly liable for their employees’ wrongful conduct. Earlier versions of draft amendments experimented with different formulations for when an employee’s actions should be attributed to the company. The Draft Amendments establish a rebuttable presumption that an employee’s actions are attributable to the company unless the company can prove that the employee’s actions were “unrelated to seeking opportunities for transaction or [gaining a] competitive advantage” for the company.

This formulation would clarity and codify an area that has long been interpreted unevenly (and broadly) by local enforcement bodies. But because employees rarely take money from a company to give to a business contact for reasons that are wholly unrelated to business, companies may have a more difficult time rebutting the presumption of vicarious liability, and the new formulation may be less of a departure from a strict liability standard than it at first appears.

3. Increased penalties. Earlier rounds of draft amendments contemplated two forms of financial penalties for non-compliance: confiscation of illegal gains or administrative fines. The Draft Amendments adopt both approaches — confiscation of illegal gains, and fines of between RMB 100,000 to RMB 3 million (around $15,500 to $460,000) per violation. In our experience, local enforcement agencies can take a broad view of what constitutes “illegal gains” derived from a bribe, and the Draft Amendments would preserve that discretion. Notably, the penalty section in the Draft Amendments includes penalties only for companies that give bribes, and omits language in an earlier draft that would have penalized companies for accepting bribes.

4. Require AICs to report internally before undertaking certain evidence collection. The Draft Amendments would require a local AIC to file a written report seeking approval from the head of that local AIC before undertaking certain evidence gathering. Internal approval from more senior officials at the municipal AIC, which supervises the work of a local AIC, must be obtained before an official can seize a company’s property or obtain bank records. This provision may be aimed at preventing freelancing by certain local AICs, which sometimes have interpreted and enforced commercial bribery rules rather unevenly. The Draft Amendments would also provide specific monetary penalties for obstructing an investigation: up to RMB 5,000 for individuals and up to RMB 50,000 for entities ($770 and $7,700).

Other provisions in the earlier draft amendments of February 2017 (described here) were left essentially unchanged in the current Draft Amendments, including broad recordkeeping requirements, expanded enforcement powers, and publicizing violations and listing in credit histories.

A comparison table showing the changes from the current AUCL across the various amendments is available upon request from the authors.

Comments may be submitted before September 24, but it is unclear whether this will be the last round of public consultation before the amended AUCL will take effect.

Eric Carlson, a contributing editor of the FCPA Blog, is a Shanghai-based partner at Covington & Burling LLP. Nicole Ma is an associate in Covington’s Shanghai office. Both are part of Covington’s Shanghai-based anti-corruption compliance and investigations team, and have a particular focus on China and other regions in Asia. Eric Carlson speaks fluent Mandarin and Cantonese and can be contacted here. Nicole Ma speaks native Mandarin and fluent English and can be contacted here.