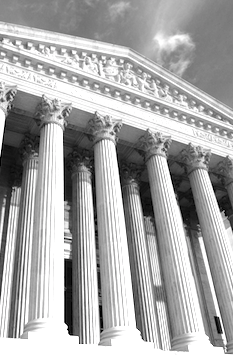 The Supreme Court in Kokesh v. SEC said the SEC’s use of the remedy known as disgorgement is subject to a five-year statute of limitations.

The case clarified the Supreme Court’s 2013 decision in Gabelli v. SEC (pdf). Gabelli held that monetary penalties are subject to 28 USC § 2462’s five-year statute of limitations on any “civil fine, penalty, or forfeiture, pecuniary or otherwise.”

But the SEC had consistently characterized disgorgement as an equitable remedy and not a penalty.

In May 2016, the U.S Court of Appeals for the Eleventh Circuit held in SEC v. Graham that the five-year statute of limitations in § 2462 applied to SEC claims for disgorgement.

There was a split when the Tenth Circuit in August 2016 held in SEC. v. Kokesh that disgorgement is not subject to the statute of limitations because it’s an equitable remedy.

The defendant — Charles Kokesh, a New Mexico-based investment adviser — had been ordered to disgorge about $35 million to the SEC for alleged misappropriation of investor funds.

In Kokesh’s appeal, Justice Sonia Sotomayor said Monday that disgorgement is a penalty and therefore subject to the five-year statute of limitations that applies to “any civil fine, penalty or forfeiture.”

The SEC has used disgorgement in most of its FCPA cases against corporations for the past decade. It first used the remedy in an FCPA enforcement action in 2004 against ABB Ltd.

(The top ten disgorgements in FCPA cases are here.)

The DOJ’s Pilot Program for FCPA cases introduced in April last year requires companies to disgorge profits to be eligible for a declination.

Justice Sotomayor said Monday that SEC disgorgement “bears all the hallmarks of penalty: It is imposed as a consequence of violating a public law and is intended to deter, not to compensate.”