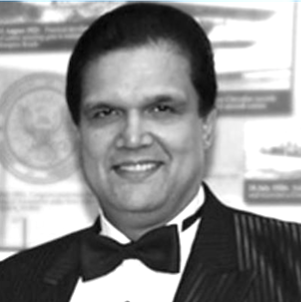 Leonard Glenn Francis, also known as Fat LeonardThree senior Navy officers — two of them active and one retired — were charged in documents unsealed Friday for their roles in a massive bribery scheme involving a Singapore-based contractor that compromised U.S. national security.

All of the charges relate to the defendants’ dealings with Leonard Glenn Francis — also known as Fat Leonard — the former CEO of Glenn Defense Marine Asia (GDMA). The firm provided U.S. Navy ships at ports throughout Asia with food, fuel, cleaning, and other port services.

All three posted bond and are scheduled to appear in court again on June 9 and 10.

Brooks served as the U.S. Naval Attaché to the Philippines in the U.S. Embassy in Manila from 2006 to 2008. In exchange for travel and entertainment expenses, hotel rooms, and the services of prostitutes, he allegedly arranged diplomatic clearances for GDMA vessels.

Diplomatic clearance limited the amount of custom fees and taxes GDMA paid in the Philippines and allowed the vessels to avoid all cargo inspections.

Pitts was the Officer in Charge of the Navy’s Fleet Industrial Supply Command from August 2009 to May 2011. He directed the logistical needs of the U.S. Navy’s Seventh Fleet.

The indictment alleged that in exchange for entertainment, meals, and the services of a prostitute, Pitts used his position to interfere with NCIS investigations into GDMA. He allegedly gave Francis a hard copy of an NCIS report detailing an investigation into contract fraud marked “for official use only.”  The report identified witnesses and gave the content of their testimony.

Debord served in several logistical and supply positions in the Western Pacific. The DOJ said he took cash, hotel stays, and the services of prostitutes. He allegedly gave Francis information about competitors’ bids and the federal investigation into GDMA’s billing practices. He and Francis also allegedly agreed to inflate GDMA invoices.

In September 2013, federal agents lured Francis, a Malaysia citizen, to California by “dangling a meeting with admirals who hinted they had lucrative contracts to offer,” the Washington Post said.

He was arrested in his hotel suite in San Diego.

Francis, 51, has pleaded guilty to fraud and bribery charges.

Thirteen individuals have now been charged in the case. Nine of them have pleaded guilty.

Five, including four U.S. Navy officers, have been sentenced: