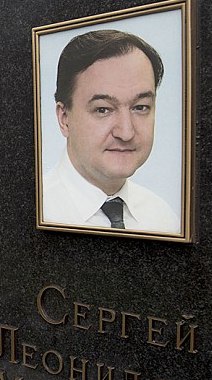 The Treasury Department’s Office of Foreign Assets Control added four Russians and a Ukrainian to its list of those sanctioned under the Magnitsky Act for alleged human rights abuses.

With the names added Monday, OFAC has now listed 39 people subject to travel bans and asset freezes under the Magnitsky Act. Most on the list were implicated in the jailing and death of Russian lawyer Sergei Magnitsky.

OFAC published the initial Magnitsky sanction list in April 2013. It included 18 individuals. A second list of individuals banned from entering the United States was classified, the State Department said.

Boris Kibis was an investigator for the Russian Interior Ministry. During 2011-2012, he was in charge of the posthumous criminal proceeding against Magnitsky. Kibis issued multiple summonses to Magnitsky’s mother and tried to remove her lawyer who challenged the legitimacy of the posthumous proceedings.

Oleg Urzhumtsev was also an investigator from the Russian Interior Ministry. He allegedly had coordinated travel with key suspects in the $230 million criminal conspiracy he was supposed to investigate, including a trip with two suspects to Ukraine and back to Russia during July 2008.