After VW: Why corporate America should embrace whistleblowers 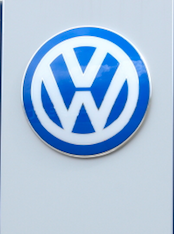 According to its website, VW adopts “a preventive compliance approach and foster[s] a corporate culture that stops potential breaches before they occur.” Well, apparently it does not.

In the U.S. and abroad, corporate malfeasance persists, sometimes on a massive scale. This kind of fraud is not due to “rogue employees” but to a corporate culture that does not put its compliance money where its mouth is.

While most compliance programs include hotlines for employees to report misconduct, in fact corporations do not embrace whistleblowers. They regard whistleblowers as enemies of the corporation bent on doing it harm.

Whistleblowers are disgruntled employees and their allegations are frivolous. And yet the government increasingly relies on whistleblowers in its enforcement efforts. Securities and Exchange Commission Chair Mary Jo White said in April that “whistleblowers increase our efficiency and conserve our scarce resources.” Former Assistant Attorney General Tony West said in 2011 that the Department of Justice was “tremendously grateful to whistle-blowers who have … assisted us in this public-private partnership to fight fraud.”

Whistleblower laws undermine compliance programs. Under the False Claims Act and other whistleblower laws covering securities, commodities and tax, whistleblowers can receive up to 30% of monies recovered from fraudster corporations. The myth is that these laws encourage employees to by-pass the compliance program in order to collect the reward. But data gathered by the Ethics Resource Center, a global non-profit organization that promotes business integrity, says otherwise. In a survey of 6,400 U.S. private sector employees conducted in 2013, only 8% of employees who reported wrongdoing went outside of the company first, and only 20% ever went outside of it at all.

Whistleblowers are saboteurs who want revenge. Yes, they may seek vindication, particularly if their internal efforts have come to naught. But in fact they are seeking positive change, not destruction. 99% of the employees in the Ethics Resource Center survey who reported wrongdoing said they did so because it was the right thing to do, and 79% said they believed the company would fix the problem. In other words, they cared.

There’s no fraud in this company. Granted, some companies are more ethical than others, but the Ethics Resource Center survey produced some sobering figures. 41% of employees said they observed wrongdoing in the workplace, and 60% said it involved managers. It is irrational to assume that the absence of fraud detection equals the absence of fraud.

Whistleblowers are a threat that needs to be contained. Let’s turn that around and call whistleblowers an opportunity waiting to be accessed. They are passionate, they are tenacious, they want to fix things. Aren’t they all of the qualities that companies want in their employees? As the SEC’s Mary Jo White told her audience of corporate lawyers: “It is past time to stop wringing our hands about whistle-blowers. They provide an invaluable public service, and they should be supported.”

Just as companies reward employees for productivity, they should reward them for ethical conduct. Awards, recognition and bonuses should be given for business integrity. If companies can make this paradigm shift — from threat to opportunity — then companies will realize that they too can be whistleblowers by suing their corrupt competitors.

Companies are freely able to do this now under the False Claims Act, but rarely take this step. This is a business opportunity: not only can companies receive a share of the recoveries, they can “level the playing field” by driving the wrongdoers out of the marketplace.

As VW says on its website: “a company can only be successful if it acts with integrity, complies with statutory provisions worldwide and stands by its voluntary undertakings and ethical principles even when this is the harder choice.”

VW is right about that.

Lesley Ann Skillen is a partner in Getnick & Getnick LLP, a Manhattan-based law firm focusing on anti-fraud litigation and business integrity. She has been representing whistle-blowers since the early 1990s.