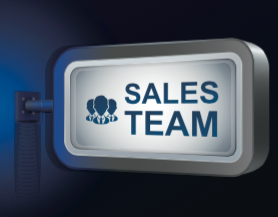 In my prior post for the FCPA Blog, I talked about government and industry guidance for avoiding elder abuse in sales practices. In this post, I’ll discuss best practices for disclosure in general and a compliant sales function.… Continue Reading In an earlier post for the FCPA Blog about protecting whistleblowers, I said ex ante protective measures for whistleblowers may act as guarantee that disclosures of wrongdoing will be taken seriously and that reprisals will not be tolerated within an organization.… Continue Reading

Are settlements a deterrent or a dodge? The DOJ has unveiled new guidance to federal prosecutors about bringing criminal cases against individuals in instances of corporate wrongdoing.

The Yates Memo states that if a corporation wishes to resolve its own criminal charges and receive any credit for cooperation, it must provide the DOJ with all relevant facts relating to the individuals responsible for the misconduct.… Continue Reading An orthopedic surgeon who sued a Florida non-profit hospital district under the False Claims Act will collect $12 million as his share of a $69.5 million settlement. U.S. Attorney General Loretta Lynch said Monday the investigation into graft at FIFA has expanded and she anticipates “pursuing additional charges against individuals and entities.”

She was speaking at a press conference in Zurich, where she appeared with her Swiss counterpart, Michael Lauber.… Continue Reading A federal jury in Houston Thursday convicted a psychiatrist in a $158 million Medicare fraud involving seven years of false claims for mental health treatment that was never provided. According to research collected by the North American Securities Administrators Association (NASAA), although people age 60 and older make up 15 percent of the U.S. population, they also account for about 30 percent of fraud victims.… Continue Reading

Richard Bistrong: Turn off the movie and read the Yates Memo When I was asked last week during a TV interview if I once believed I could do wrong with impunity, I responded, “I never thought about getting caught.” Now, almost ten years after my last criminal act, comes the Yates Memo.… Continue Reading Here are some highlights from Latin American about corruption, enforcement, and compliance through August 2015.

Argentina: Three former employees of the Argentinian Mint (Casa de La Moneda) and a representative of the German company Atlantic Zeiser were sentenced to prison for an overpricing scheme, in which the SOE’s employees took bribes to award contracts for the purchase of technical equipment.… Continue Reading

A different world after 9/11: Egmont Group statement on global fight against terrorist financing The Egmont Group is part of the international infrastructure used by enforcement agencies to share information and help each other develop evidence to prosecute financial crimes, such as money laundering, tax evasion, and graft.… Continue Reading