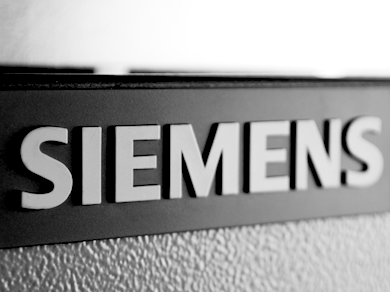 The former chief financial officer of Siemens S.A. – Argentina pleaded guilty Wednesday in federal court in New York City to conspiring to pay tens of millions of dollars in bribes to Argentina government officials in connection with a $1 billion contract to create national identity cards.

Andres Truppel, 61, of Argentina, pleaded guilty to conspiring to violate the antibribery, internal controls, and books and records provisions of the Foreign Corrupt Practices Act, and to commit wire fraud.

The DOJ didn’t say when Truppel might be sentenced or if he’s now cooperating in the prosecution of others from Siemens.

In 1998, the government of Argentina awarded a contract to a subsidiary of Siemens AG worth about $1 billion to create state-of-the-art national identity cards. It was called the Documento Nacional de Identidad or DNI project.

Argentina terminated the DNI project in 2001.

Truppel told the court about a decade-long scheme to pay tens of millions of dollars in bribes to Argentine government officials linked to the DNI project. He said he and his co-conspirators concealed the bribes and laundered money using shell companies of intermediaries. He also arranged a payment of $7.4 million as part of a hedging contract with a foreign currency company incorporated in the Bahamas.

Truppel admitted that he and others paid nearly $1 million to a former official in Argentina’s Ministry of Justice. The money was then used to bribe an Argentina government official.

Some of the bribe money came from a phony $27 million contract between Siemens and a company called MFast Consulting AG, the DOJ said Wednesday.

In 2008, Germany-based Siemens AG paid $800 million to settle FCPA books and records violations, with $450 million in criminal fines to the DOJ and $350 million in civil penalties and disgorgement to the SEC.

Siemens’ 2008 settlement is still the biggest FCPA enforcement action of all time.

Truppel was one of eight former Siemens executives or consultants indicted in the U.S. in December 2011. He was reportedly fighting extradition in the Argentina courts. At a hearing there in December 2012, he argued that his extradition to the United States could subject him to double jeopardy.

There aren’t reports of any other indicted former Siemens executives appearing in the U.S. criminal case. They live either in Argentina, Switzerland, or Germany.

Seven of the eight defendants in the U.S. criminal case were also charged by the SEC with civil FCPA offenses. Two have settled the SEC charges and a third, Herbert Steffen — a former chief executive officer of Siemens Argentina — won dismissal in federal court.

In February 2013, Judge Shira Scheindlin in Manhattan threw out the SEC’s civil FCPA enforcement action against Steffen. Judge Scheindlin said he didn’t have sufficient minimum contacts with the United States to subject him to the SEC’s personal jurisdiction.

She also entered default judgments against two other former Siemens Argentina executives in the SEC action.

Federal Judge Ariel Lijo said the defendants paid more than $106 million to middlemen for representatives of then Argentina president Carlos Menem during bidding for the national identity card project.

Sharef, a dual citizen of Israel and Germany, settled civil charges with the SEC in October 2012. He agreed to pay a $275,000 civil penalty.