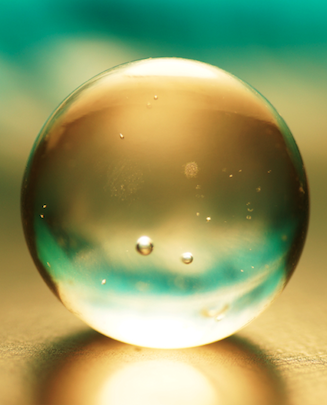 In an earlier post for the FCPA Blog about protecting whistleblowers, I said ex ante protective measures for whistleblowers may act as guarantee that disclosures of wrongdoing will be taken seriously and that reprisals will not be tolerated within an organization.

However, whistleblowing mechanisms will fail to achieve these objectives if the decision-making process as to how disclosures are handled is not transparent and based on clear guidelines. The Canadian framework for federal public service whistleblowers constitutes a good example of how such a lack of transparency may produce lack of trust in whistleblowing procedures.

The Canadian government passed the Public Servants Disclosure Protection Act (PSDPA) in 2006 following a public inquiry on a corruption scandal involving the previous government. The purpose of the Act is to establish procedures for the disclosure of wrongdoing in the public sector, and protect individuals who disclose wrongdoing.

At first glance, the structure of whistleblowing mechanisms established by the PSDPA appears to be drawn from best whistleblowing practices. The Act delegates the responsibility to establish internal reporting procedures to the top executive of each department or agency. A senior officer must be designated for receiving and dealing with disclosures made by employees for each organization.

Disclosures must be kept confidential. There are at least three different ways to disclose wrongdoing in the workplace, i.e. to the employee’s supervisor, to the senior officer of the organization responsible for ethics or, if an employee is reluctant to use internal procedures, to the public sector integrity commissioner.

Nevertheless, the whistleblowing framework established by the PSDPA suffers from a serious lack of public confidence in its ability to effectively promote the public interest.

This lack of confidence is caused, in part, by the broadness and impreciseness of the commissioner’s discretionary power to refuse to investigate allegations of misconduct, which creates a clear lack of transparency in the decision-making process. For instance, the commissioner may refuse to investigate disclosures if they are “not sufficiently important”, are “not provided in good faith”, could be more appropriately dealt with under another Act of Parliament, or for any other “valid reason”.

Moreover, my study on Measuring the Effectiveness of Canadian Whistleblowing Law identifies serious limitations to the commissioner’s powers and mandate that may seriously impede on whistleblowing effectiveness.

Such restrictions, combined with the fact that of the 525 disclosures made between April 2007 and March 2014, only nine led to case reports tabled before parliament, certainly had a devastating impact on public trust in the whistleblowing framework. The track record of the commissioner’s office in enforcing whistleblower protections also appears to be poor and non-transparent.

Whistleblowing frameworks in the public service will not work if they appear to be designed and implemented to promote the interests of the government of the day as opposed to that of the public.

Nevertheless, there are areas of the public service and government where full transparency may not always be in the public interest. The next post will discuss how disclosures of wrongdoing may be dealt with in the intelligence communities.