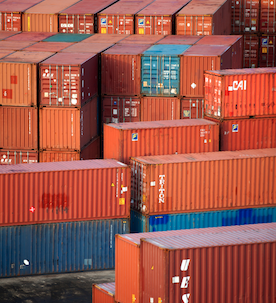 The Financial Crimes Enforcement Network issued a Geographic Targeting Order (GTO) to about 700 Miami businesses imposing stricter reviews and reporting of cash transactions that might be tied to money laundering schemes.

FinCEN, part of the U.S. Treasury Department, said the money-laundering schemes are used by drug cartels, including the Sinaloa and Los Zetas. The GTO is “aimed at disrupting the illicit financial infrastructure upon which these drug trafficking organizations rely.”

Law enforcement investigations reveal that many of these [Miami] businesses are exploited as part of sophisticated trade–based money laundering schemes in which drug proceeds in the United States are converted into goods that are shipped to South America and sold for local currency, which is ultimately transferred to drug cartels.

This GTO “does not make any determination about [the businesses’] knowledge or lack thereof of the money laundering schemes,” FinCEN said.

“The businesses are required to report to FinCEN currency transactions over $3,000, and to include in those reports information about the transaction and the persons involved,” FinCEN said.

The 700 covered businesses received notice of their obligations under the GTO “via personal service or by certified mail.”

Failure to comply could result in substantial criminal and civil penalties, FinCEN said.

FinCEN Director Jennifer Shasky Calvery said in the statement: “When we issued a similar GTO in the Los Angeles area last year, many speculated about whether we’d be doing the same in other parts of the country.”

“We are committed to shedding light on shady financial activity wherever we find it,” she said.