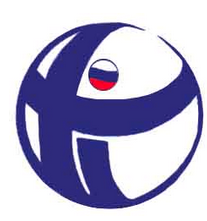 Prosecutors in Moscow warned the Russian branch of Transparency International to register as a foreign agent, TI-Russia said in a statement posted on its website Friday.

Prosecutors told the anti-corruption NGO that its “actual activity includes interfering with the government’s policy in the fight against corruption by lobbying its own proposals to change it,” TI’s statement said.

“Basically, prosecutors are demanding that we submit an application to be included on the register of foreign agents,” TI-Russia said.

Russia passed a law in 2012 that requires NGOs to register as foreign agents with the Justice Ministry if they engage in “political activity” and are funded by foreign sources.

The term “foreign agent” has “Cold War-era connotations, and is synonymous with spy,” the Moscow Times said.

TI-Russia said that under its charter, it receives some funding from Transparency International, headquartered in Berlin, Germany.

The NGO has operated in Russia for more than 15 years. It was first warned to register as a foreign agent by Moscow prosecutors in 2013, the Moscow Times said.

In Friday’s statement, TI-Russia said, “We strongly disagree with the conclusions of the prosecutors’ office and believe that the assumptions underlying them are inherently flawed.”

The group said its activities support and promote the goals of Russia’s national anti-corruption plan. That plan acknowledged the need for NGOs and other civil society institutions “to stimulate anti-corruption measures and activities,” TI-Russia said.

TI-Russia said Friday it will appeal the prosecutors’ decision.