The princeling problem: In search of a legal theory (Part 1) 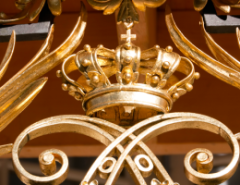 Recently, I had the good fortune of hearing a partner from a leading FCPA practice discuss JP Morgan’s hiring of Chinese princelings.

Although this conduct had always seemed to me a FCPA violation, it occurred to me at that moment that I wasn’t sure exactly how it violated the FCPA.

Two different theories came to mind, and I asked the presenter, “Does the government believe that the princeling is a third party through whom something of value passes to the foreign official? Or does it hold that hiring an official’s adult child actually has inherent value to the official?”

She replied: “On that point, the government has not been terribly clear.”

This series of posts is a plea for clarity. I hope it will both encourage and assist the government in developing and articulating a much-needed theory: how hiring the adult, financially independent son or daughter of a foreign official violates the FCPA. I will not here argue for a particular theory; rather, I will explore several possible theories and put them in context of existing FCPA settlements, opinion releases, and the Guidance.

We’ll then leave it to our enforcement officials to do the rest.

We should of course begin with what the government has already said about hiring the close relatives of foreign officials.

These releases provided identical guidance, thus producing an imminently clear and reliable theory. Both releases held that as long as nothing of value — money or otherwise — passes from the hired relative to the official, hiring that relative does not violate the FCPA.

Very clean, very simple. But notice a couple important implications. First, the rule is based on a third-party theory: the relative is a third party through whom something of value might potentially pass to the official.  The government told us that as long as nothing so passes, there is no violation. (And we would later confirm in U.S. v. Martin Eric Self , No. 8:08-cr-110-AG-1 (C.D. Ca. 2008), that when something of value does so pass, a violation has occurred.)

Notice too a second, closely related implication: the job is not itself a “thing of value” to the official. That’s worth underscoring. The hiring was not an inherent violation because no matter how much value the job had to the hired relative, it did not have value under the FCPA to the public official.

Note that the government did not find it necessary to do a fact-specific inquiry concerning how close the relative and public official were personally, whether hiring the relative might have “meant a lot” to the official, and so on.

Rather, they laid down a bright-line rule: the job is not itself a thing of value (under the FCPA) to the public official, and no violation occurs as long as the relative does not serve as a third party through whom things of value pass. It simply doesn’t (didn’t?) matter how much the official might appreciate the hiring of his relative.

Wait a minute, you say: hiring a son or daughter is different, because the parent official bears financial responsibility. Well, that would certainly be true if the child were a minor, or even a financially dependent adult. But what if the child is indeed a financially independent adult? Is it so different then? And if so, how would we articulate the rule that distinguishes the two?

Let’s come back to that in the next post.