Deferred Prosecution Agreements in the UK: Worthy of their price? 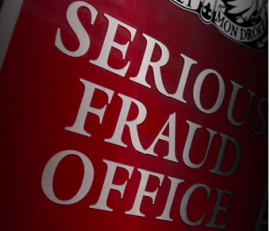 After Monday, deferred prosecution agreements (DPAs) will be available to the UK Serious Fraud Office (SFO) in its fight of financial crimes, including corruption.

The SFO has stated that, although DPAs will be “a welcome addition to the prosecutor’s toolkit…,” its “preferred option” remains prosecution.

SFO Director David Green QC emphasized that organizations will have a high bar to reach to receive an offer of a DPA from the SFO. Mr. Green said that one of the most important factors for a DPA would be “unequivocal cooperation“ from the company.

These are strong words that organizations seeking to resolve potential UK Bribery Act 2010 violations would ignore at their peril.

The DPA Code of Practice describes self-reporting in its purest form. The SFO is looking for organizations to be genuinely proactive in dealing with offending parties, including the timely reporting of wrongdoing unknown to the SFO and early engagement regarding timetable, work-plans and assistance with the prosecution of individuals.

Favor will be shown to organizations with proactive compliance, those which take unprompted remedial actions (including compensation), and those that have completely changed their management.

The DPA Code warns that a failure to act appropriately during a self-report potentially will lead to a prosecution of the organization. Examples include a delay (in reporting, supplying information, or concluding the investigation), a failure to verify wrongdoing and the provision of incomplete information to the prosecutor.

No guarantees will be given, as almost all information provided to the SFO before the DPA is concluded can be used against the organization in criminal proceedings.

Is it a price worth paying?

New sentencing guidelines for corporate offenders have been issued that suggest fines of up to 400 percent of the profit from the contract in the worst cases of bribery. DPAs have the benefit of bringing no criminal conviction against the offender and a reduction in the likely fine in excess of one third.

The collateral damage caused to businesses by an extended investigation and prosecution, followed by a finding of guilt, is particularly disastrous for businesses in Europe where there is a perpetual ban on governmental contracts for those found guilty of corruption.

The implementation of DPAs, then, is an incentive to companies to be proactive. If done properly and upon advice from criminal lawyers experienced in interacting with the UK’s prosecutors and courts, a self-report and a DPA will help limit damage to an organization, while also ensuring that justice is done in a transparent way.

This is a vital step forward for UK prosecutors and businesses alike.

This post is a shorter version of a Dechert OnPoint article that can be found here.