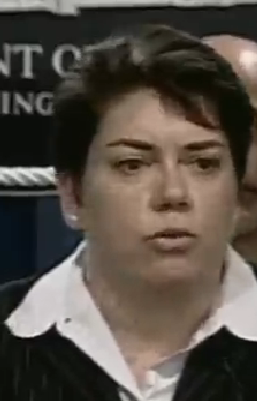 She was speaking at last month’s Taxpayers Against Fraud Education Fund Conference.

According to Caldwell, the DOJ’s criminal and civil divisions are now sharing all new qui tam complaints.

The False Claims Act (31 U.S.C. 3729 et seq.) allows private persons to sue on behalf of the United States. After a qui tam complaint is filed, the government has time to investigate the allegations and decide whether to intervene as a plaintiff. Whether or not the DOJ joins the suit, the whistleblower can be awarded a portion of any recovered damages, usually between 10 and 20 percent.

“It is divided into specialized units, including a 40 attorney health care fraud unit – the largest and most prolific unit of criminal prosecutors dedicated solely to health care fraud in the country,” she said.

Prosecutors in the criminal fraud section are able to review the complaints immediately to determine whether to open a parallel criminal investigation, Caldwell said.

She added that the criminal division has “unparalleled experience prosecuting health care fraud, procurement fraud and financial fraud” and that it will “bring that expertise to bear by increasing [its] commitment to criminal investigations and prosecutions that stem from allegations in False Claims Act lawsuits.”

Regarding priorities for the DOJ, Caldwell said that “cases involving fraud by executives at health care providers, such as hospitals, are a high priority.”

Since the health care fraud strike force began operating in 2007, Caldwell said, nearly 2,000 people who were responsible for approximately $6 billion in false billings have been charged.

Of those 2,000 people, about 1,400 have already been convicted through strike force prosecutions, including almost 200 at trial.

“The strike force has an overall conviction rate of 95 percent — a spectacular rate of success especially considering the volume of prosecutions,” Caldwell said.

A version of this post first appeared on Whistleblower Today and is published here with permission.