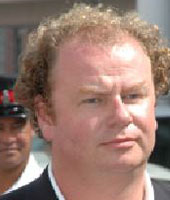 Kozeny, 46, is the best known FCPA fugitive. He has lived in the Bahamas for about ten years. He was arrested there at the request of the U.S. government in October 2005 and held in prison until granted bail in April 2007. Although a judge ordered his extradition, his lawyers were able to convince another judge to block it (here). The U.S. then pushed the case to the court of appeals. The three-judge panel held hearings in December and issued a 26-page ruling Tuesday.

A federal grand jury in Manhattan indicted Kozeny in May 2005 for a plot to bribe Azeri leaders to gain control of the state oil company. His co-defendant, Frederic Bourke, was convicted in July of conspiracy to violate the FCPA and lying to FBI agents. Bourke was sentenced to a year and a day in prison. His appeal is pending.

Others involved in the Azeri scheme have pleaded guilty. Waiting to be sentenced are Thomas Farrell, a director of one of Kozeny’s companies, Kozeny’s Swiss lawyer Hans Bodmer, and Clayton Lewis, a partner in Omega Advisors, Inc., a hedge fund that invested and lost about $126 million in Kozeny’s Azeri plot.

Kozeny was also indicted in 2003 in a New York state criminal case for stealing $182 million from investors, including Omega, AIG, and Bourke.

The Bahamas decision dismissed all six grounds of appeal by the U.S. government. A lower court judge found it had acted in bad faith in the extradition process by failing “to disclose certain pertinent information in law and fact.” In letting that part of the lower court judgment stand, Justice Longley, writing for the appeal panel, said:

The extradition process, because it involves the depravation of liberty, requires the exercise of good faith on the part of the requesting state and that must mean that it has a duty to disclose in a timely manner and with its request if the information is known at that time, any information that would not only be adverse to its request but would inform a prudent court in the exercise of its function that might lead to a relevant trial of inquiry. Whether the failure to comply with its obligation in any particular case is bad faith depends on all circumstances of the case. There certainly was material before the learned judge to reach the conclusion which he did and I see no reason to interfere with that decision.

The Bahamas attorney general and the U.S. government can request a final appeal to London’s Privy Council. They haven’t said what they plan to do.

Download a copy of the judgment by the Bahamas court of appeal in Government of the United States et al, Appellants and Victor Kozeny, Appellee (January 26, 2010) here.