The Statecraft Of Enforcement 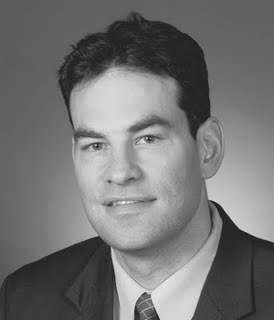 Should the Foreign Corrupt Practices Act be used to punish nations that don’t behave the way the United States wants them to? Michael Jacobson (left) from the Washington Institute thinks so. In the September 24 issue of Policy Watch, he proposes targeted enforcement of the FCPA against non-U.S. companies that do business with Iran (U.S. companies aren’t allowed there under current law). The purpose is to sanction the country and its leaders on the nuclear issue.

Jacobson’s thinking goes like this: Tehran deserves punishment. The U.N. can’t do it because China and Russia won’t get behind effective sanctions. But the FCPA reaches all foreign companies that have securities registered in the U.S. Some of those foreign companies are doing business with Iran. That country’s leaders are corrupt and most deals they do probably violate the FCPA’s anti-bribery provisions. Therefore, the Justice Department and Securities and Exchange Commission should target FCPA enforcement against foreign companies doing business with the regime. That will discourage trade with Iran and ultimately inflict real damage on the leadership there. While unilateral U.S. action will work, Jacobson says, the best scenario is for other OECD countries to adopt the same approach under their respective anti-corruption laws.

Is this a serious idea?

Well, the Washington Institute where Michael Jacobson works is a serious think tank. On its board of advisers are five former Secretaries of State — Warren Christopher, Lawrence Eagleburger, Alexander Haig, Henry Kissinger and George Shultz. Among the other board members are Martin Peretz, editor in chief of the New Republic, Richard Perle, a former Assistant Secretary of Defense, James Woolsey, a former director of the CIA, and Mort Zuckerman, publisher of U.S. News and World Report. That’s a lot of horsepower.

Jacobson’s bio says he specializes in counterterrorism and intelligence — particularly “sanctions and financial measures to combat national security threats.” Before joining the Washington Institute, he was a senior advisor in the Treasury Department’s Office of Terrorism and Financial Intelligence and counsel on the 9-11 Commission. He also worked for the FBI, first as an intelligence analyst, then as assistant general counsel. He holds “a bachelor’s degree in psychology from Brandeis University, a master’s degree in international relations from Tufts University, and a law degree from Boston College Law School.”

So yes, this looks like a serious proposal. But is it a good idea?

We’re against corruption and the spread of nuclear weapons. Who isn’t? And we know dealing with Iran is frustrating; carrots don’t work and there aren’t many sticks to reach for. Still, the cost of using the FCPA as a sanction would be high, and it probably wouldn’t work.

Today the Foreign Corrupt Practices Act is admired around the world. Called “one of Congress’s finer moments” by the Wall Street Journal, it’s a hopeful statute that stands for ethics in business and government. Once politicized, however, it’ll be just another symbol of heavy-handed and overreaching American diplomacy that’s resented overseas. At home, injecting the DOJ and SEC so deep into U.S. foreign policy would compromise their integrity as crime-fighting agencies, with implications far beyond FCPA enforcement.

What’s more, using the FCPA to sanction Iran (or any country) is likely to backfire. Targeted enforcement might keep clean money out. But as we heard from Andy Spalding earlier this year, that would open the door for investors from countries “not committed to effectively enforcing anti-bribery measures,” like Russia and China, making it even easier for crooked leaders to skim funds from military and civilian projects. End result: more corruption and no less nuclear development.

* * *
RIP William Safire. From Time magazine: “Not for Safire the clodden metaphors, arch constructions, one-sentence paragraphs and dreary wonkery that are the stock in trade of too many modern American columnists. He was of that generation of inky-fingered wretches who remembered that it is not a sin for journalism to entertain — indeed, that one way you can get across a point about which you feel passionately is to make people smile while they are absorbing it.”
.