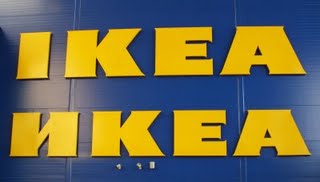 Russia — the world’s largest country by land mass, with 11 time zones and 142,000,000 people, one of five permanent members on the UN Security Council, member of the Group of Eight (G8) industrialized nations, and possessor of the largest stockpile of nuclear weapons on the planet — yes, that Russia, ranks 120th on the World Bank’s Doing Business Index (here). That’s low, but in the narrower category of dealing with construction permits, it sits at a subterranean 180th, just one spot above last-place Eritrea. There’s no doubt, then, that Russia is the modern world’s undisputed red-tape colossus.

Just what that means for foreign investors who take compliance seriously was illustrated by a recent story from the AP via the Moscow Times.

The background: Global furniture retailer Ikea — privately held and based in Sweden — opened its first store in Russia in 2000 and has since opened 10 more. Its country investment, it says, amounts to more than $3 billion and its workforce in Russia has grown to 7,000.

According to the AP report, Ikea has always had a tough time dealing with Russian red tape and corruption. “On several occasions the company had to delay openings of its stores as regional authorities raised issues with store construction and design, safety or environmental features.” As bad as past problems were, however, they may be getting a lot worse.

A store-opening in Samara in the Volga River region is now more than a month late and counting. Local bureaucrats imposed a last-minute requirement that the building be able to withstand hurricane-like 30-meter-per-second winds, even though the strongest winds recorded there have never exceeded 17 meters per second. Ikea now says there’s no timeline for the opening.

And authorities last month began investigating whether the company violated anti-monopoly laws. They allege Ikea urged tenants in a mall it runs outside Moscow to buy services from certain vendors. Ikea says the allegations are false.

The company used to be an outspoken critic of bribery and corruption in Russia. It dropped that approach and now uses softer words, like “gray areas.” Does the change in vocabulary signal a change in compliance policies? Who knows? But for now, at least, Ikea has put all further Russian expansion on hold. And it’s not clear how it intends to deal with the current pressures.

A Western business person in Russia said, “For a foreign company that is still dependent on a lot of different ministries to do their work to go on [an aggressive anti-corruption] campaign … tends to be a bad idea. If they want to have a future in a country, they can’t make enemies.”

* * *
From Frederic Bourke’s Trial. The defense needed a shot in the arm and got it on Friday, big time. Bourke’s friend George Mitchell took the stand for four hours in the federal criminal trial in Manhattan. That’s a lot of face time from the former Democratic Senate majority leader and current special envoy for President Obama to the Middle East.

Mitchell’s message? Bourke, who recommended the Azeri privatization deal, never suggested bribes were being paid. An while Mitchell now regrets his $200,000 investment in Viktor Kozeny’s crooked scheme, he trusted Bourke then and still trusts him today.