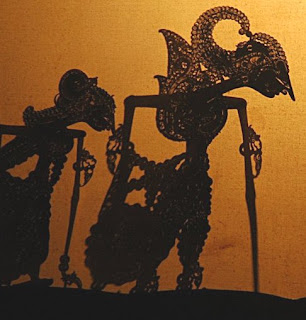 You wouldn’t expect a country with 240 million people and 17,000 islands strung along the equator from the Pacific to the Indian Ocean to be neat and orderly. Still, the public death match between Indonesia’s national police and its popular Corruption Eradication Commission known as the KPK is particularly messy, even by local standards. That’s because there’s so much at stake. Corruption has long been Indonesia’s biggest problem. And after plenty of broken promises from post-Suharto leaders, ordinary citizens had given up hoping for reform. Until the KPK came along.

The independent anti-graft body was created in 2003 and given real power — warrantless wiretaps and special ad hoc courts to handle its cases. It aimed high, targeting members of parliament, prosecutors, judges, provincial governors, and central bankers. In its 86 cases so far, the conviction rate is 100%. In a 2008 case, an in-law of President Susilo Bambang Yudhoyono prosecuted for embezzlement from a bank was sentenced to nearly five years in prison. No wonder even the most skeptical Indonesians began believing in the KPK’s magic.

But the national police, politicians, judges and prosecutors are fighting back. A few weeks ago, two KPK commissioners were arrested and charged with abusing their power during an investigation of a collapsed bank. The two were suspended and held at police headquarters in Jakarta.

After the arrests, the KPK — which has about 600 employees — leaked hours of wiretaps implicating police in a plot to entrap — and maybe harm — the two commissioners. The tapes were broadcast on national TV, causing KPK supporters across the country to take to the streets and launch a Facebook protest that now has more than a million fans. The police released the commissioners but may still prosecute them. President Yudhoyono — who’s been trying to stay aloof from the controversy — appointed a fact-finding committee to look into the entrapment allegations against the police.

*   *   *
Aspects of Indonesia’s power struggle (as told by the local press) resemble an implausible soap opera. In May this year, the KPK’s chairman, Antasari Azhar, 56, was arrested on charges of killing a rival in a love triangle. (Antasari was unpopular with most reformers; they said he lacked the skills and standing to lead the KPK.) The woman involved is a pretty 23-year-old golf caddy, Rhani Juliani, who worked at a golf course in Antasari’s posh neighborhood. She had secretly married another man she’d met at the club, Nasrudin Zulkarnaen, although she knew he already had two other wives. As the Singapore Straits Times said about Nasrudin, “He was known to be a big tipper . . . .”

After Ms. Juliani and Antasari became lovers, police said, he hired a businessman to arrange the killing of her secret polygamist husband, Mr. Nasrudin (who, by the way, had caught the lovers in flagrante and was threatening to blackmail Antasari). In March this year, Nasrudin was shot in the head by a gunman on a motorcycle through the window of his BMW. Police are now saying that after they arrested Antasari in May for the murder, he gave evidence about his fellow KPK commissioners and their alleged abuse of power. KPK supporters believe Antasari agreed to fabricate evidence discrediting his old agency in a deal he made with corrupt police, prosecutors and judges.

Antasari’s trial started a few weeks ago in Jakarta. When Ms. Juliani — who is now treated like a celebrity everywhere she goes — showed up to take the witness stand, the judge blocked media coverage, saying he feared that “licentious testimony from her could reach minors.”

Happy Thanksgiving to our American readers. We’ll be back on Friday.