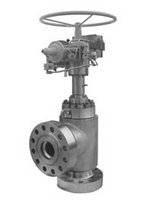 From 2003 through 2007, CCI made about 236 corrupt payments to foreign officials in more than 30 countries amounting to $4.9 million. The bribes resulted in sales that produced net profits of about $46.5 million.

On April 8, 2009, six former CCI executives were charged in a 16-count indictment with violating the FCPA and the Travel Act (here). They’re Stuart Carson, CCI’s former chief executive officer, Hong (Rose) Carson, CCI’s former director of sales for China and Taiwan, Paul Cosgrove, CCI’s former director of worldwide sales, David Edmonds, CCI’s former vice president of worldwide customer service, Flavio Ricotti, CCI’s former vice-president and head of sales for Europe, Africa and the Middle East, and Han Yong Kim, the former president of CCI’s Korean office. Hong (Rose) Carson was also charged with one count of destruction of records in connection with a matter within the jurisdiction of a department or agency of the United States. Their trial is currently scheduled for Dec. 8, 2009.

As the DOJ says, an indictment is merely an accusation and the defendants are presumed innocent until and unless found guilty at trial beyond a reasonable doubt.

Download the indictment of the six former executives of CCI here.
.