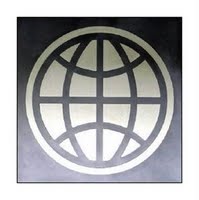 The Justice Department has announced the April 22, 2008 sentencing of former World Bank employee, Ramendra Basu. The Indian national and U.S. permanent resident received 15 months in prison for conspiring to award World Bank contracts to consultants in exchange for kickbacks and for helping a contractor bribe a foreign official in violation of the Foreign Corrupt Practices Act. In addition to the 15- month prison term, Basu was sentenced to two years supervised release and 50 hours of community service. U.S. v. Basu, (Cr. No. 02-475) D.D.C., November 2002.

Basu pleaded guilty on Dec. 17, 2002 to conspiring to commit wire fraud in violation of 18 U.S.C. §371 and to violating the Foreign Corrupt Practices Act, 15 U.S.C. §78dd-3. Under his 2002 plea agreement he cooperated with U.S. authorities. In 2006, however, he moved unsuccessfully to withdraw his guilty plea. During his cooperation, he admitted that between 1997 and 2000, as a World Bank Trust Funds Manager, he conspired with a Swedish consultant and others to steer World Bank contracts in Ethiopia and Kenya to certain Swedish companies in exchange for kickbacks amounting to $127,000. He also helped the Swedish consultants bribe a Kenyan government official by, among other things, arranging for $50,000 to be wire transferred to an account outside the United States for the benefit of the Kenyan official.

Sengupta, also an Indian national and U.S. permanent resident, pleaded guilty in February 2002 to the same charges as Basu. He was sentenced in February 2006 to two months in prison and fined $6,000. U.S. v. Sengupta, (Cr. No. 02-40) D.D.C., January 2002. Separately, the Swedish consultants were prosecuted and convicted of bribery by a court in Sweden. In February 2004, they were sentenced to 18 months and 12 months in prison respectively .

Despite his initial cooperation with prosecutors, Basu tried four years later in 2006 to withdraw his guilty plea. The court wouldn’t allow it. We don’t know why he wanted to withdraw his plea — after he had already provided evidence about the corruption — or if his change of heart influenced the court’s decision in his sentencing.