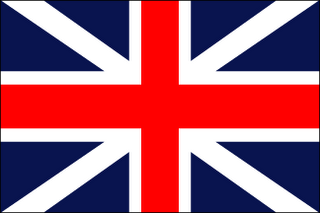 It’s official. Britain’s absence from the global war on public corruption is now a full-fledged scandal. Nearly ten years after the U.K. ratified the Anti-Bribery Convention of the Organisation for Economic Co-operation and Development (OECD), there hasn’t been a single British prosecution. And as England shirks, its friends are both baffled and alarmed.

The only investigation of overseas graft launched by the Serious Fraud Office involved BAE’s alleged billion-pound bribe to Saudi royals. But Prime Minister Tony Blair quashed the inquiry last year, spooking the international community. As the Wall Street Journal said, “The OECD, which isn’t prone to naming and shaming uncooperative member states took the unusual step of voicing ‘serious concerns.’ But that didn’t move Mr. Blair, who warned the probe could harm relations with Saudi Arabia.” The New York Times reported that during the OECD’s recent tenth anniversary celebration of the Anti-Bribery Convention in Rome, its head, Angel Gurria, said “national security concerns — the reason Mr. Blair gave for terminating the BAE investigation in Britain — ‘should not be used’ as a reason for quashing bribery investigations. He also voiced concern that anti-corruption efforts were in danger of weakening. “

Meanwhile, the U.S. Department of Justice is finding creative ways to work around recalcitrant U.K. prosecutors. The Americans have opened their own investigation of BAE, collecting evidence by flying at least one British witness to Washington, routing him through Paris to avoid attention. When that maneuver came to light, how did Whitehall react? It protested to U.S. authorities and warned the witness to mind his manners.

What’s behind Britain’s bizarre behavior? We remember the Middle East in the 1980s, where the partnership between the British Foreign Office and big U.K. companies was unspoken but evident. To the envy of Americans and others, Her Majesty’s Government went door-to-door with British salesmen, helping them hawk their goods and services to the region’s oil-rich regimes. We thought the arrangement was a useful remnant from the days of the East India Company and the Raj. But was it less benign than we assumed?

The question has to be asked: Does the U.K. government fight overseas bribery or promote it? The answer is crucial. After all, if Britain is thumbing its nose from the sidelines, why should new recruits like South Korea and Germany stick around for the battle? What moral authority will the OECD have to lecture Nigeria or Kazakhstan about the importance of the rule of law? Why should Australia, France or China worry what their citizens do abroad, if the British government is already doing worse? And what about that level playing field American business people — who are bound by the U.S. Foreign Corrupt Practices Act — were promised decades ago?

In April 2005, the smart folks at the White Collar Crime Prof Blog reported the OECD’s unusual criticism of the U.K.: “[The OECD’s progress] report notes that ‘given the size of the UK economy and its level of exports and outward FDI, along with its involvement in international business transactions in sectors and countries that are at high risk for corruption, it is surprising that no company or individual has been indicted or tried for the offence of bribing a foreign public official since the ratification of the Convention by the UK.'” [emphasis added]

Nothing has changed since those words were written. So today we’re also asking: Where is Britain in the global battle against public corruption?